I am a little concerned by the 2009 Victorian Bushfires Royal Commission. This august body was put in place to investigate the causes and circumstances of the January and February 2009 bushfires, in particular the fires of 7 February 2009, known as Black Saturday. 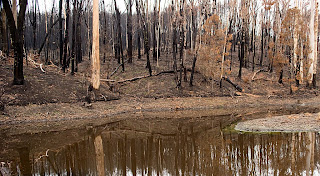 However, it feels to me that it is turning in to a witch hunt.

Now it may be a natural human reaction to want to apportion blame, to want to have someone we can punish for the bad things that happened. But the truth is that 2009 was a very bad summer - hot, dry and windy, following years of drought, and Feb 7 was an unprecedented horrible day. Mother Nature (with a bit of help from Climate Change) is the one to blame.

Over the last few weeks at the Commission, a few of the leaders of various organisations have been hauled across the coals, having to give detailed accounts of their movements and copping flak because they were not in a certain place at a certain time. These include Russell Rees (head of the Country Fire Authority), Christine Nixon (Chief Commissioner of Victoria Police) and Bob Cameron (Victorian Minister for Police and Emergency Services).

The spin coming from the Victorian State Opposition, loudly supported by The Australian (a paper noted for its Liberal party support), is that these individuals were seriously derelict in their duty by not being in a certain spot (the emergency response centre) or not declaring a state of emergency.

I want to know if the grilling of these individuals is in line with the aims of the Commission (to recommend ways to handle a future Black Saturday better), or a simple search for scapegoats.

If it is the former, then there are a couple of questions that should have been asked, but to the best of my knowledge have not:

Without these questions being asked and answered, it feels to me like the Commission is looking for scapegoats rather then looking for recommendations for improved systems and procedures.

Now sure, there were many things that went wrong on the day - for example incompatible communication systems in use by different agencies.

The people of Victoria are spending hundreds of millions of dollars Royal Commission. Surely we would be better served if the commission investigated these issues and not where Christine Nixon had dinner. 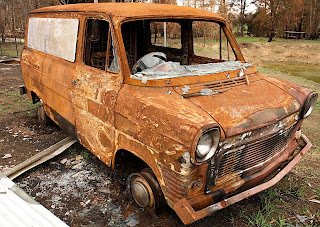